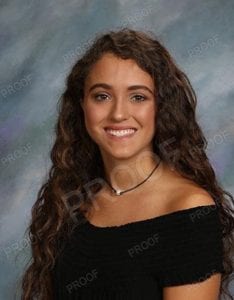 Sarah never failed to make her family and friends smile, with a smile that would melt your heart.

Sarah graduated with Honors with Distinction from Trumbull High School, and was inducted into the Spanish Honor Society and the National Honor Society. Sarah was a World Scholar at the University of Delaware and studied in Madrid, Spain in the fall of her freshman year, where she was studying International Business.

Sarah was a member of the Gamma Sigma Sigma sorority and Nichols United Methodist church, where she taught Sunday school. She loved to travel and had visited many countries, including Spain, Australia, New Zealand, England, France, Greece, Italy, Amsterdam, and Morocco. Every place she traveled was her new favorite place.

Sarah had a great passion for ethnic food and cupcakes. She loved every genre of music and played it out loud so everyone knew when she entered a room. She lived each day to the fullest, dancing while she did. She often said, “We travel, some of us forever, to seek other states, other lives, other souls.”

Sarah was a beautiful person, inside and out, with a heart for God. She will be dearly missed by all who knew and loved her, most especially her family. 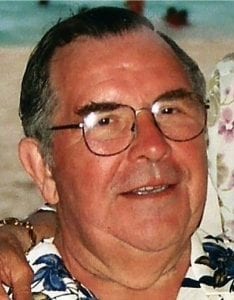 William C. “Bill” Booth, 78, of Stow, passed away peacefully Friday August 4, 2017 surrounded by his loving family. He was the devoted husband of forty-five years to Isobel G. Booth.

Born in Hornell, New York on September 10, 1938, he was the son of the late Claude William and Ruth Booth. Bill graduated from Canisteo High School in 1956 and received his Bachelor and Masters of Science degrees in Electrical Engineering from Syracuse University in 1960 and 1966 respectively. He received his Masters of Business Administration from Bentley University in 1987.

Bill got his start as an Electrical Engineer working from home repairing televisions. After college his career advanced to work with the Martin Marietta Aerospace Division in Baltimore, MD where he participated in many aerospace development programs including the Apollo and Lunar Lander spacecraft programs. From there he went on to work for the Link Group in Binghamton, NY; Singer Simulation Products Division in Silver Spring, MD; and became Vice President of marketing for Signal Processing Systems in Fairfield, CT. He was last employed by TeraRecon in Acton, MA.

Of all his accomplishments, family is what Bill was most proud of. He loved spending time and planning trips with his children and grandchildren. He cherished the yearly trips to Lake Ninevah in Vermont and any time he could get together with all of his family. During his life he enjoyed many activities including, skiing, water skiing, white water rafting and hiking. He loved the outdoors and traveling around the country. Bill was an avid reader, enjoying history books and Sherlock Holmes stories. He had a passion for classical music and liked to attend the Theater. Model Trains, Astronomy and Volcanology all captured his attention. Bill was an inventor and tinkerer who loved creating new gadgets and repairing broken things. 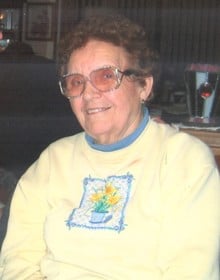 Ruth L. Booth, 93, widow of Claude Booth, of Canisteo, New York, passed away Thursday (September 19, 2013) at her home surrounded by her loving family.

Born on December 28, 1919, in Hornellsville, the daughter of Lyman and Nina Margeson Lockwood, she had resided in the Canisteo area all her married life. She was a graduate of Hornell High School, with a college entrance degree and played the coronet in the Hornell High School band. She was married to Claude W. Booth on January 22, 1938, and was married nearly 67 years before Claude’s death in 2004. She worked for St. James Mercy Hospital as a teenager and often slipped into the nursery at the end of her shift to rock the new babies. She was a spot welder at Westinghouse in Bath, NY and was a bookkeeper for various companies. With her husband Claude, she was a drapery and window treatment consultant for both Sherwin Williams and FA Décor Center. Ruth’s last job was a bookkeeper for Booth Enterprises, working until three months ago.

Ruth was a Boy Scout and Girl Scout leader, Neighborhood Chairman for the Girl Scouts and a member of the Home Bureau. She was a member of the First Presbyterian Church of Canisteo for 75 years actively serving as a Sunday School teacher, elder, and a member of the Christian Education Committee. She was vice president of the Canisteo Central School PTA, and often hosted Rotary exchange students. Ruth opened her home to any child in need. Her life’s motto, as quoted in her yearbook was, “True happiness consists of making others happy.”

Ruth loved doing crossword puzzles and took great pride in telling people that she “completed them in ink” right up until her death. She was an active voter and even voted for her grandson last week by absentee ballot.
Surviving are her children, William (Isobel) Booth of Stow, MA; James (Cynthia) Booth of Hornellsville, Joyce Venter of Canisteo, Thomas (Candy) Booth of Canisteo, Valerie (Robert) Nixon of Canisteo, and Lori Booth of Virginia Beach, VA, her brother Raymond (Lucille) Lockwood of Canisteo, her sister Geraldine Shultz of Hornell, 24 grandchildren, 53 great-grandchildren, 5 great-great grandchildren, and several nieces and nephews. She was predeceased by her husband Claude, her son-in-law, Stephen Venter, and her grandson Tony Muffoletto.

Ruth’s heart grew with the addition of each new family member especially the babies. 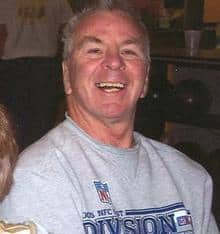 He is survived by his wife, Joyce Booth Venter whom he married on February 29, 1964, his daughter, Michelle (Tracy) Savard of Hemlock, his sons, Michael (Julie) Venter of Colorado and Robert (Amy) Venter of Akron. Steve was a devoted grandfather to his 9 grandchildren. He is also survived by his mother-in-law, Ruth Booth of Canisteo, many nieces and nephews, and his brother, David (Carol) Venter of Mt. Holly, Vermont.

He was predeceased by his parents, and his father-in-law, Claude Booth.

Born in Freeport, Long Island, January 20, 1943, the son of Frank J. and Georgina Andrews Venter. He had resided in Canisteo since 1978. He had been employed by G.E., Morrison Knudsen, and most recently, Alstom. He was a member of the First Presbyterian Church in Canisteo, had been active in Boy Scouts, as well as coaching little league in Montoursville, Pa. Steve was a coach and organizer of the Church League Basketball in Canisteo, and Vice President of the International Machinist Association.

The family will be present to receive friends on Friday from 1-3 pm & 6-8 pm at the Brown & Powers Funeral Home, 6 Spruce St., Canisteo. Funeral services will be held on Saturday at the First Presbyterian Church of Canisteo at 11:00 am. Rev. Hobart Campbell will officiate. Burial will be in Hillside Cemetery, Canisteo.

Steve enjoyed life and the outdoors. He especially loved to spend time with his family and will be greatly missed! 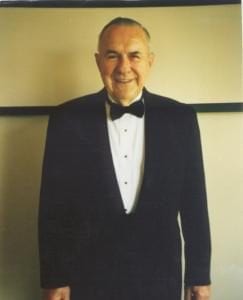 Born in LeRoy, December 25, 1917, the son of WilliamL. and Ida M. Totten Booth, he moved to Canisteo at the age of 5 and resided all his life there. Claude was a graduate of the former Canisteo Academy , Class of 1937. He was employed at Empire Foods for 10 years, and later was store manager at the former Décor Center North in Hornell for 10 years prior to his retirement. He was a 75 year member of the First Presbyterian Church in Canisteo and had served as trustee and chairman of Building and Grounds.He was active for several years as a Cub Scout and Boy Scout leader inthe Steuben Area Council, Boy Scouts of America. He had served as President of the Canisteo Rotary Club from___________________, and during his presidency was instrumental in building the pavilion at Rotary Park on State Route 36 in Canisteo. He had also been a member of the Buds ‘N Blossoms Square Dancing Club.

Claude will be most remembered for the love showed to his wife, Ruth, and their 6 children. One of his greatest joys was spending time with his family at their property in Vermont.

He was predeceased by his sister Georgia Booth, his brothers, George and Philip as well as his grandson, Tony Muffoletto.